Large farms were developed in Nasunogahara by people of nobility and others in the private sector following the industrial growth policy of the new Meiji government.

Nasu Canal (about 16 km long), one of the three longest canals in Japan was completed in about five months which was incredibly speedy as it was built 100 meters a day to provide drinking water and irrigation water to people in Nasunogahara. The canal helped the development of large farms.

As a pioneer of large farm:

Former Second House of the Aokis in Nasu

This building was built in 1888 as a second house in Nasu by Shuzo Aoki who started Aoki Farm, and was designed by Tsumunaga Matsugasaki, the designer of the main office of the 77 Bank, Ltd. and a few railway stationsstation and the Taiwan Railway Hotel in Taiwan. This is the only work of his that remains in Japan. The second house has been designated as one of the national important cultural properties, and you can see inside the building for a fee. 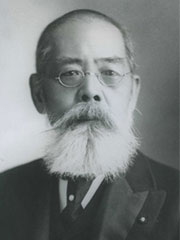 Born in Choshu Domain (Yamaguchi prefecture). A diplomat and politician in the Meiji era. He served as a Japanese Ambassador to Germany, foreign minister, ambassador plenipotentiary to Central America, received Grand Cordon of the Order of the Japanese government and was a viscount. He was called “Old German man,” yearned for the lifestyle of German noble landlord and opened Aoki Farm that manage mountain forest mainly.

See in Kokosil
Former Second House of the Aokis in Nasu

General Nogi designed the second house in the simple style of farming house himself. It is said that he spent much of his leave of absence in the house. He was said to have spent a simple life of farming in good weather and reading on rainy days. It is located in Nogi Shinto Shrine in Nasu. 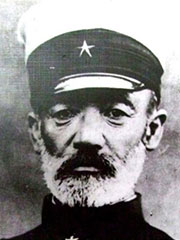 A military man from Choshu Domain (currently Yamaguchi prefecture). He was an army general and earl, and received Grand Cordon of the Order of Japanese government. He served as a commander of the third army in the Japanese-Russo War, and captured Lushun, an impregnable fortress. After the war, he was in charge of educating and training Imperial Prince Hirohito (later Showa Emperor) as Chancellor of Gakushuin School Corporation on the Meiji Emperor’s wishes, and was called Chancellor General.

See in Kokosil
The second house of General Maresuke Nogi

The second house of the Oyama

Among the second houses of the owners of the large farms in Nasu, this is the only red-brick house. It still stands with dignity and the atmosphere of the Meiji era. It is located on the premise of the farm of Nasu Takuyo High School. 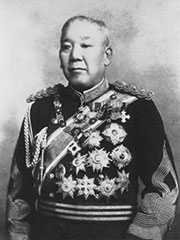 A politician from Satsuma Domain (currently Kagoshima prefecture). The field marshal general of the Imperial Japanese Army and duke. The Grand Order of Japanese government was conferred on him. He was the cousin of Takamori Saigo, a famous political figure of Edo and Meiji eras, and participated in the anti-Tokugawa-shogunate movement. He served as the commandant of the Manchukuo Imperial Army, and greatly contributed to the victory of Japan in the Japanese-Russo War. He was equally admired along with Heihachiro Togo who led the combined fleets and beat Russian naval fleet in the Sea of Japan. He has been buried in Nasu which he loved.

See in Kokosil
The second house of the Oyama

The second house of the Matsukata

A two-storied western-style wooden house built in 1903. Part of the outer wall is made of stones. As it is a private property, you can only see the external appearance from Senbonmatsu Farm. 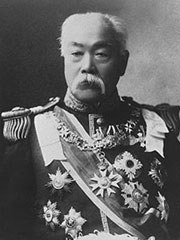 A politician from Satsuma Domain (currently Kagoshima prefecture). He served as Prime Minister of Japan twice, and Minister of Finance. He was awarded the highest honorary order in Japan, and was given the title of a prince. He made the best use of his acumen to build the foundation of Japanese economy by establishing the Bank of Japan and fiscal and monetary policies. He opened a western-style farm in Nasu, which was the beginning of Senbonmatsu Farm.

The farms owned by the elder statesmen in Nasunogahara 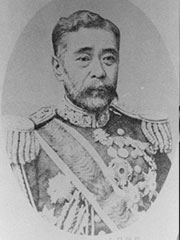 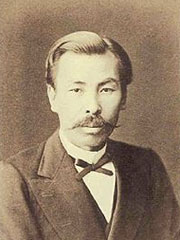 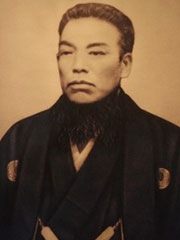 (Viscount) Samurai of Satsuma Domain. Prefectural governor, the chief of the Engineering Bureau of the Home Ministry, the Chief Commissioner of the Metropolitan Police, etc. <1,037 ha> 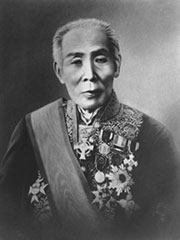 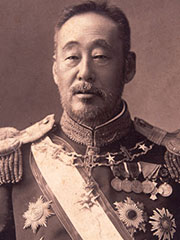 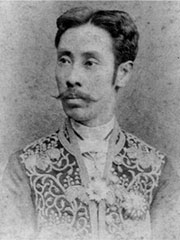