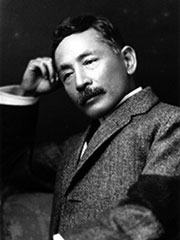 A famous novelist in Meiji era. He rode the trains of Shiobarakido (Shiobara Railway) and stayed in Shiobara for seven days and six nights in August 1912. He noted the similarity of the scene in Scotland where he traveled while studying in Britain and that of Shiobara in his diary. 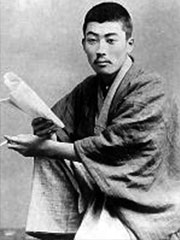 A famous novelist of Meiji era. He visited Shiobara for four days and three nights from June 9, 1899. The details on what he saw in Shiobara such as the historical sites and meals are described in “Shiobara kiko” (“Travel in Shiobara”), one of his books published later. Kan’ichi Hazama, the famous main character of “Konjikiyasha” written by Koyo and probably the best known work of Ozaki, is described to have stayed at Seikinro inn in Shiobara Onsen. 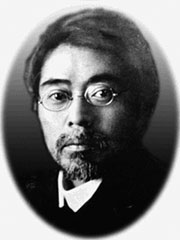 A famous novelist of Meiji and Taisho eras. He visited Shiobara in October 1897, and admired the autumn landscape in Shiobara which he felt full of poetic sentiment. Some of his short works are related to Shiobara 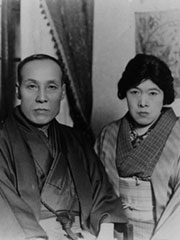 Akiko Yosano was an author and pioneering feminist in Meiji, Taisho and Showa eras. The major poems of Akiko Yosano are “Midaregami” (“Tangled Hair”), “Maihime” (“‘Female’ Dancer”) “Shundeishu,” etc. Her passion and superior sensitivity made a significant mark on the woman poets in modern Japan. She visited Shiobara Onsen with her husband, Tekkan Yosano in May 1934, and came to Ryukanotaki Falls (Dragon Falls). 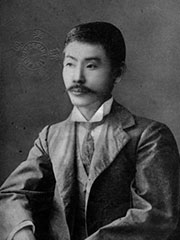 A famous author and journalist of Meiji era. He visited Shiobara to elope with his lover, Nobuko Sasaki in 1895 facing the opposition of per parents. His book on Shiobara is “Azamukazarunoki” (The Never-Betraying Diary).